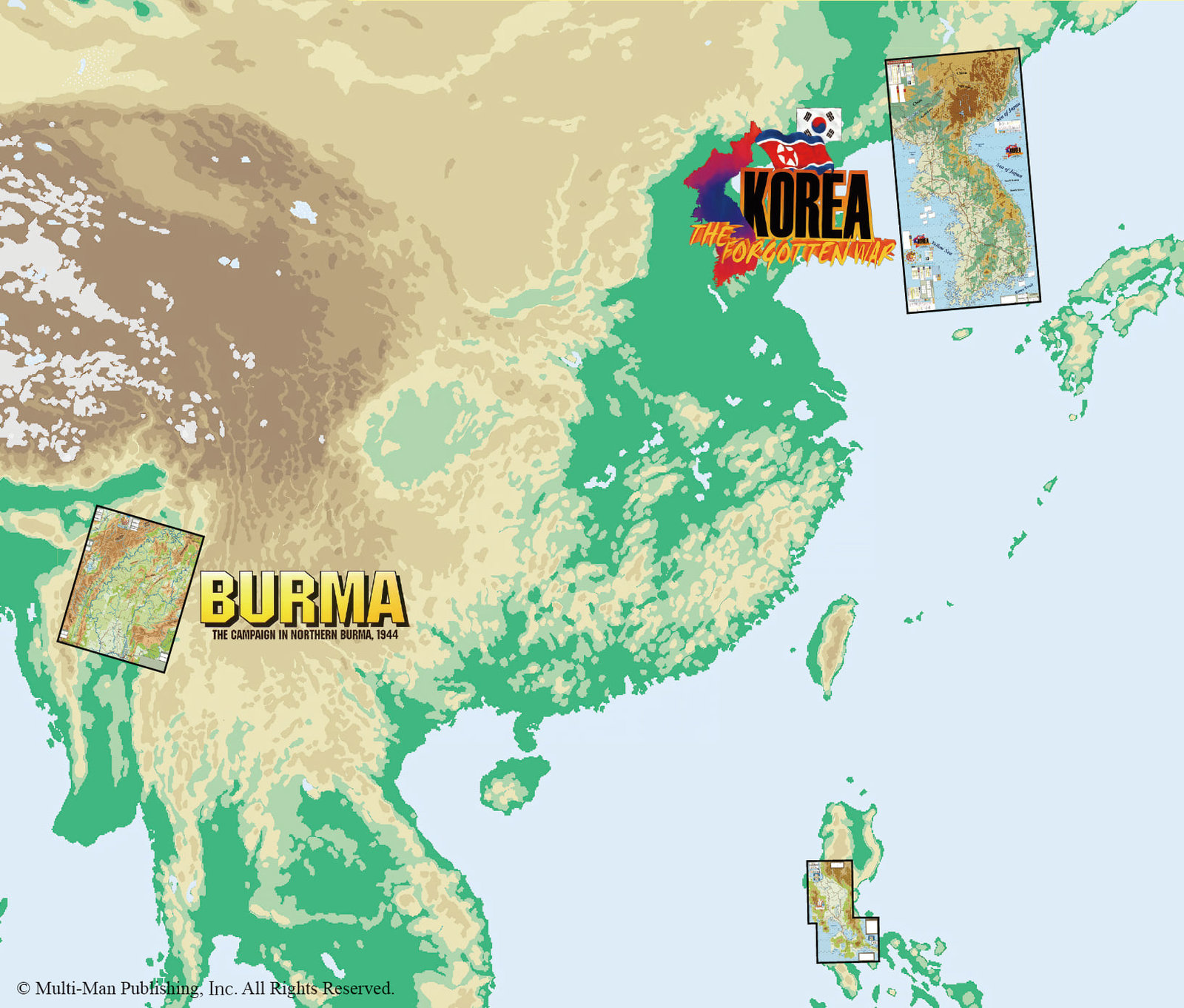 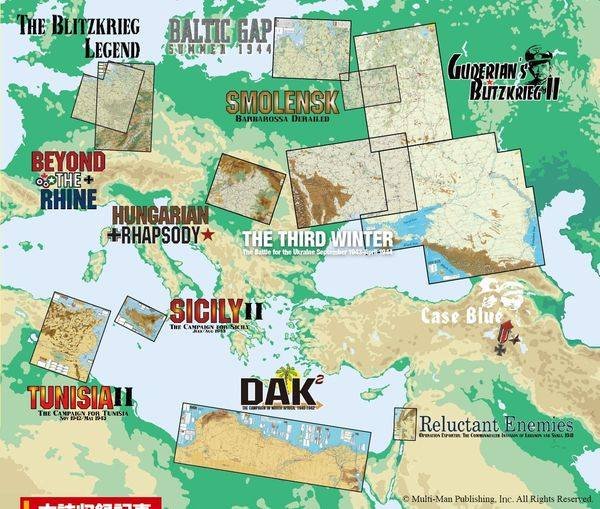 https://boardgamegeek.com/wiki/page/Ope ... xLjrravLdw
Sinon :
Crimea - Not ready for playtest but in development
Haut

Crimea – The Crimea experienced fighting throughout the titanic Eastern Front war. Neither side could ignore the strategic peninsula, but rarely had the resources to commit more than a “whatever is available” army to the area. Crimea covers all the action that took place in a one-map, two countersheet game. It is the work of two designers: Guy Wilde has been working for years on a design that covered Manstein’s operations in the Crimea from September 1941 to the spring of 1942, and Tony Birkett created a module for the Soviet reconquest from September 1943 through May 1944.
• There are seven planned scenarios:
o “Rite of Passage” (Sept 41 to Dec 41) covering the Axis invasion and initial attempts to capture Sevastopol.
o “Tiger by the Tail” (Dec 41 to March 42) where the Soviet naval landings surprise and disrupt Manstein’s planned Sevastopol assault.
o “Eviction Notice” (May 42), a mini-scenario covering Operation Trappenjagd, where the Soviet lodgment is destroyed.
o “Where the Iron Crosses Grow” (June 42 to July 42), a mini-scenario of Manstein’s successful capture of Sevastopol. Its more of a game than you would expect, as Manstein is under time pressure. Either side can call for additional forces, but that changes the date by which Sevastopol must be captured.
o “Cross of Iron” (Sept 43 to Apr 44) covering the Soviet destruction of the Kuban Bridgehead and creating their own bridgehead in the Crimea.
o “The Last Bridgehead” (Jan 44 to Apr 44) where the Soviets attempt to enlarge their bridgehead.
o “The Liberation Offensive” (Apr 44 to May 44) when the Soviet 4th Ukrainian bursts through the Axis defenses and reconquers the Crimea.
• Yes, the scenarios in 1943-44 connect to The Third Winter and can be played as a larger game. The only real overlap with Case Blue is the GBII 7.5 June 42 scenario, aside from possible Soviet Naval landings.
• Because of the limited forces sent to the Crimea, both sides will be managing a thin pipeline of Supply. This has the effect of causing periodic battles interspersed with planning/building up activity and focus on several geographic choke points.
• There was a wide variety of units present at various points in the campaign: landing craft, torpedo bombers, siege guns (yes, including Dora), minor allies and a Soviet battleship.
Quelques AAR
Haut